Basketball Star Heroically Saves a Wheelchair-Bound Man From Being Trampled

After the buzzer sounded last Saturday, signaling North Carolina State's 84-76 win besting Duke in Raleigh, ecstatic fans stormed the court to celebrate. Unfortunately, one of those fans, Will Privette, was in a wheelchair and quickly became trapped. 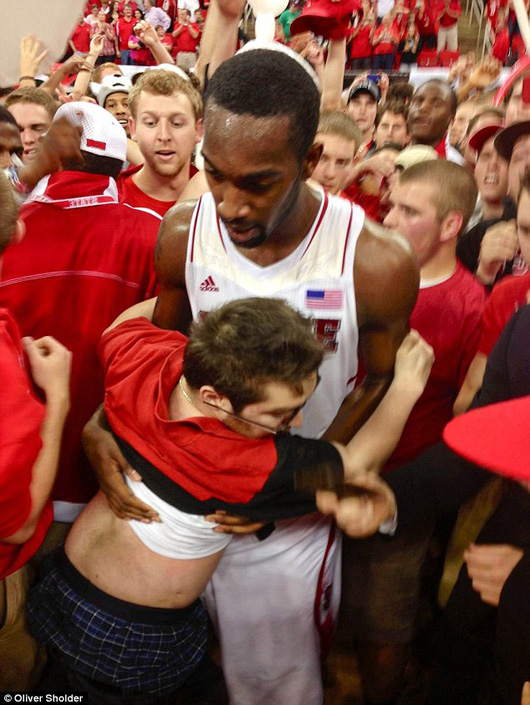 But instead of letting him get trampled by the excited fans and teammates, the team's star player C.J. Leslie came to the rescue!

He scooped Will up out of the madness, who was panicked and frightened of being injured by the people who didn't realize he was there. C.J. just held him for a minute to make sure he could be safely put down. 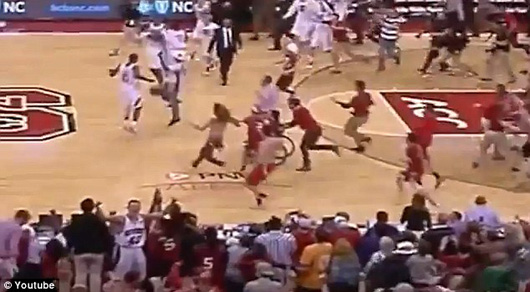 To get to Will, C.J. had to push his way through a mass of bodies pushing together. He shouted for people to get back and even tried to get their attention to let them know just who was in danger. Once he reached Will, he knew he had to protect him, using this athleticism to guard Will's body. 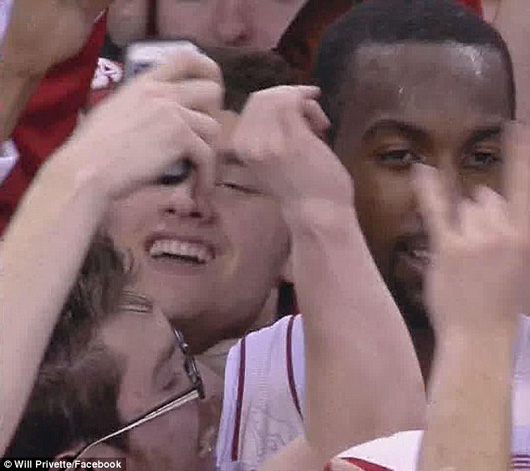 The video made its way around YouTube and Facebook, showing how Will made his way out onto the court, only to be overtake by hundreds of screaming fans. 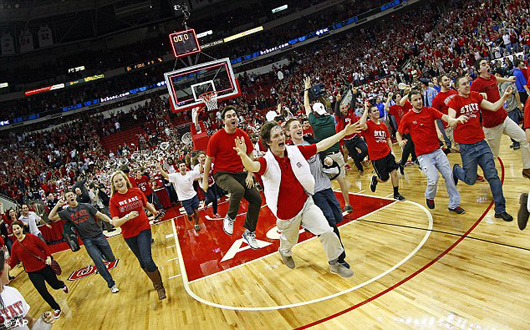 "I just saw him there and people were surging in around him," said Leslie, who scored 25 points in the game. "I knew it could end up a bad situation."

After he was sat down court-side, Privette waited to speak to Leslie, telling him, "Thank you, thank you for helping - saving my life, really."

It was lucky for Will that his guardian angel was there to save his life... and win the game!