Strong winds and drought stoked flames in the Tennessee mountains until a full-blown wildfire broke out. The blaze resulted in mandatory evacuations, at least three deaths, and damage to hundreds of homes and businesses. And in the aftermath, one man made an incredible discovery. In the midst of the charred debris of the Gatlinburg wildfire, Isaac McCord uncovered a burned bible page from the Book of Joel! 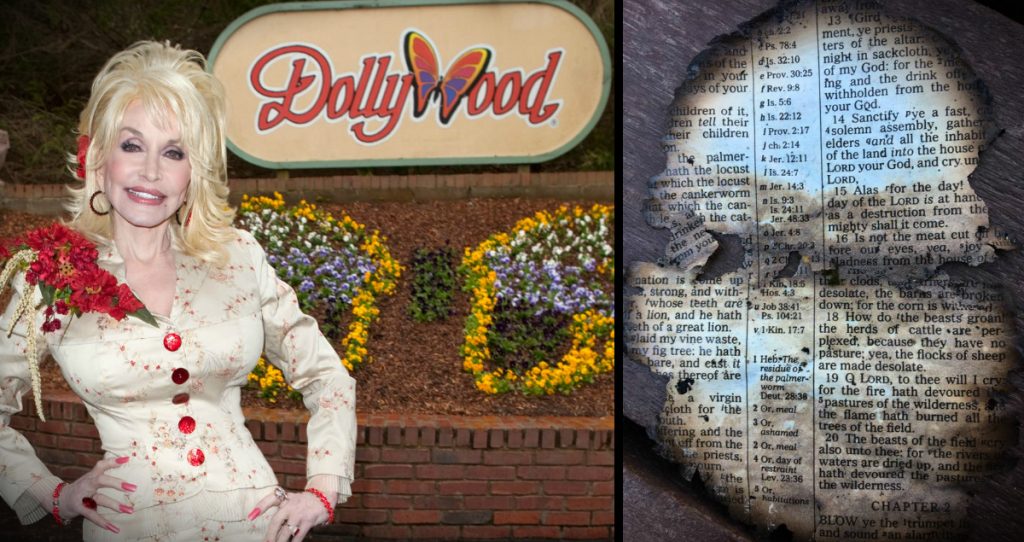 After fire broke out in the Great Smoky Mountains, high winds quickly carried the flames, threatening Gatlinburg and parts of Pigeon Forge. The Dollywood theme park, which is located in the area, was evacuated. The park itself was spared of any damage, though some of the Dollywood cabins in the moutnains were destroyed.

The park and resort remained closed for a time in order to focus on clean up and assistance to other local businesses.

“I have been watching the terrible fires in the Great Smoky Mountains and I am heartbroken," Dolly Parton said in a special message to the community. "I am praying for all the families affected by the fire and the firefighters who are working so hard to keep everyone safe. It is a blessing that my Dollywood theme park, the DreamMore Resort and so many businesses in Pigeon Forge have been spared.”

Isaac is an employee at Dollywood, so he was doing his part to help clean up.

"Is that how you clean your room?" Misty Carver, a co-worker, joked.

Isaac revisited the spot he'd just raked in response to the teasing, and that's when he noticed a piece of paper floating in a puddle under a bench. Curious, Isaac took a closer look. To his amazement, he discovered a burned bible page!

Stunned, Isaac shared his find with several co-workers, who were equally astonished.

"When we had both fully read it, we looked at each other — and I will never forget this moment — we both burst into tears. I was ghost white, and we just prayed. There was nothing else to do," Isaac recalled. "Still to this moment. . . I don't have words for it."

Reading through the legible verses revealed the page was from the Book of Joel.

Joel 1:15 "The day of the LORD is near, the day when destruction comes from the Almighty. How terrible that day will be!"

Joel 1:19 "To you, LORD, I call, for fire has devoured the pastures in the wilderness and flames have burned up all the trees of the field."

Joel 1:20 "Even the beasts of the field pant for you because the water brooks are dried up, and fire has devoured the pastures of the wilderness."

And at the bottom barely visible is:

Joel 2:1 "Blow ye the trumpet in Zion, and sound an alarm in my holy mountain: let all the inhabitants of the land tremble: for the day of the Lord cometh, for it is nigh at hand;"

And the similarities contained in those passages were far too close to be coincidence. This was clearly a message from God!

RELATED: Intense car fire completely burns everything except the Bible in the backseat

A Message Of Hope

The incredible find is something Isaac says he will remember for the rest of his life. In fact, the burned bible page (which he plans to frame) meant so much, he decided to share it on Facebook.

The verses on the charred page aptly describe the destruction Gatlinburg experienced. But the Book of Joel also contains God's promise to provide for His people. What a wonderful reminder that God is with us through every storm!

"And I will restore to you the years that the locust has eaten, the cankerworm, and the caterpillar, and the palmerworm, my great army which I sent among you. And you shall eat in plenty, and be satisfied, and praise the name of the LORD your God, that has dealt wondrously with you: and my people shall never be ashamed." Joel 2:25-26

When a cabin was miraculously spared from a raging Idaho fire, this mysterious figure appeared! 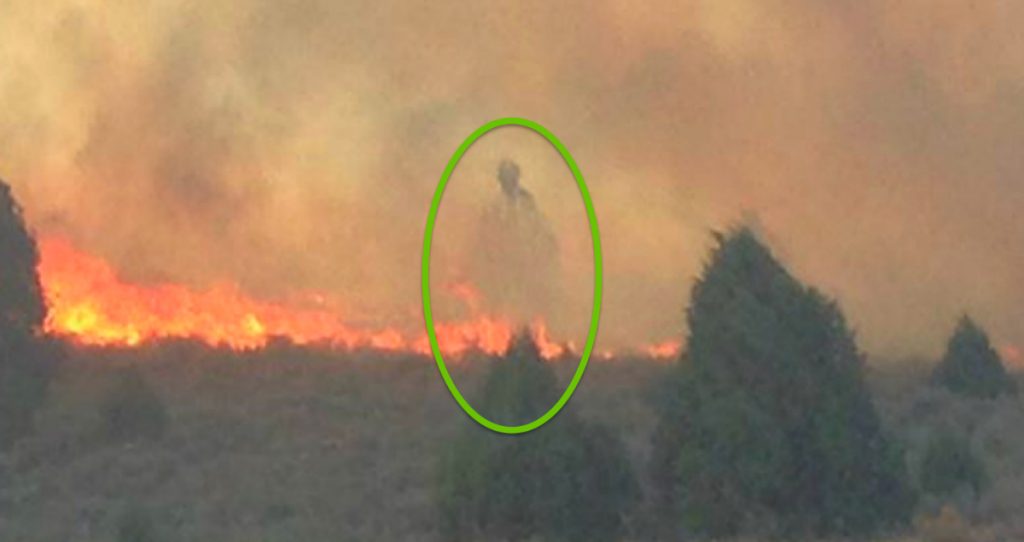