A Copâ€™s Act Of Kindness Was Called Fake. But Then One Man Said THIS!

Nowadays it’s difficult to take things at face value. When someone does something nice, we’re looking for the catch -- the ulterior motive. And some people had just that reaction when the following pictures of a police officer buying lunch for a homeless man were posted on Facebook. Because people don’t just do things for the sake of being nice anymore, right? 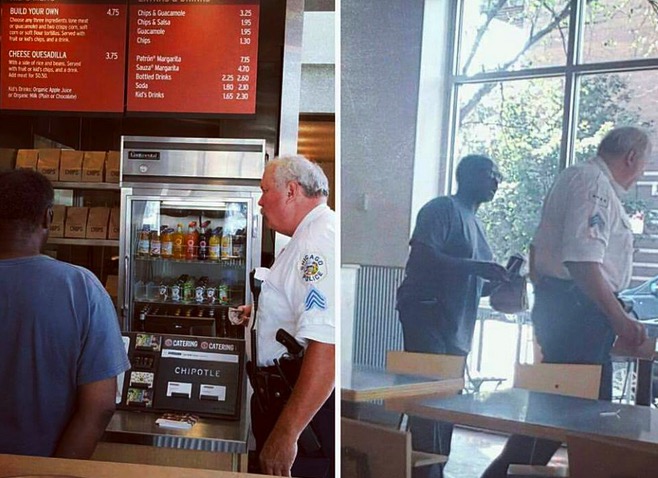 Wrong. There are still good people who do good deeds just for the sake of being kind! And that’s just what happened when this Chicago police sergeant saw a man rummaging through the trash. He invited the man inside and treated him to lunch.

A woman named Rachel witnessed the sergeant’s kind act and shared it online so it could inspire others. Her post was soon picked up and shared by a popular local country music station. And from there, it spread like wildfire. 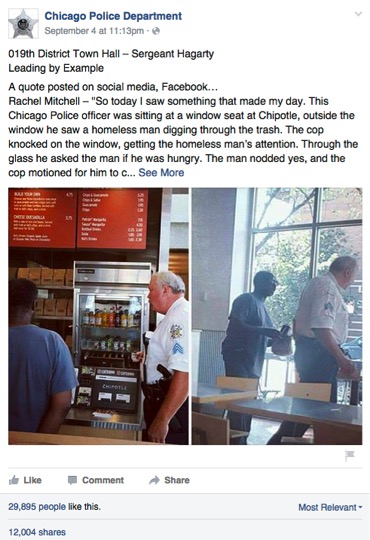 However, as the photos gained popularity on the internet, there were those that questioned whether this act of kindness was truly genuine. They suggested that it had instead been staged for PR purposes.

But then one man stopped the haters in their tracks with a heartfelt response that is too good not to share.

“I’ve been hungry before, empty cupboards. Gone to work and drank office coffee all day to make up for lack of lunch. Stop and grab a can of bean and a loaf of bread for dinner and next day’s breakfast. Hard to describe how bad that felt, how awful it was to be hungry all...day. And I had a roof over my head and a job but there just wasn’t enough money.

So I simply can’t imagine how bad it must be to be so hungry you have to dig through garbage in broad...daylight in front of windows full of curious faces. Faces eating food while you are so hungry you are eating garbage.

I know how I felt sitting in the lunchroom at work watching my coworkers eat while I drank...coffee and tried not to be noticed. I know that sucked big time but I don’t know what it feels like to dig through garbage. Must be dehumanizing. Must make you feel worthless. Less than worthless.

So when this great man bought this other man a lunch, he gave him so much more than a meal. He gave him his humanity back, if only briefly, but I guarantee it meant the world to him at that moment. It said they shook hands and parted ways, as two men, two human beings.

Guy spends his day digging through garbage being looked down on, scoffed at, ignored and this great man buys him a meal AND SHAKES HIS HAND, treats him like a person. Unless you’ve been down and out you probably don’t realize the significance of that. Anyone who sees this story and say it’s only a mean, it’s only one day, it’s just PR, it’s not going to change anything -- I have nothing to say that could change your opinion.

You don’t see the significance of any of this because you’ve never been really hungry, you’ve never felt worthless, and I sincerely hope you never have to. But please don’t poo-poo this act of kindness because you don’t know man...you just don’t know.

Pass this on instead of passing judgement on an act of kindness which should be applauded and rewarded.”

I don’t know about you, but that really hit home. If you’ve ever struggled, you can understand just how much someone else’s kindness can mean. How it can pick you up and give you the strength to keep going. Thank you Lord for the love you show to us through others!

When this police officer stopped for a breakfast date, my heart grew wings! 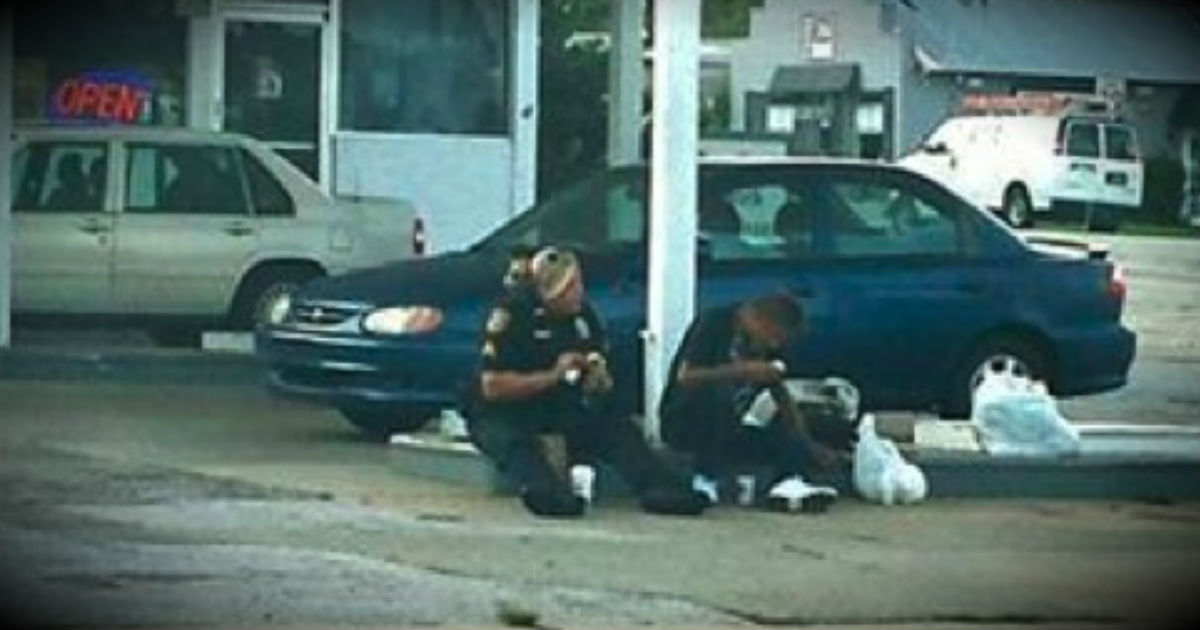 A sheriff put THIS on patrol cars...and the response has him stanging up for Jesus!