How One Company Cheered Up an Extremely Sick Little Boy

This little boy received a liver transplant in Seattle, Washington, not that long ago. During recovery, Tanner was having trouble staying positive and making it through the pain and discomfort. 2 days after his surgery, his dad went on Reddit.com, looking for a way to cheer him up with products from his favorite game, Halo. 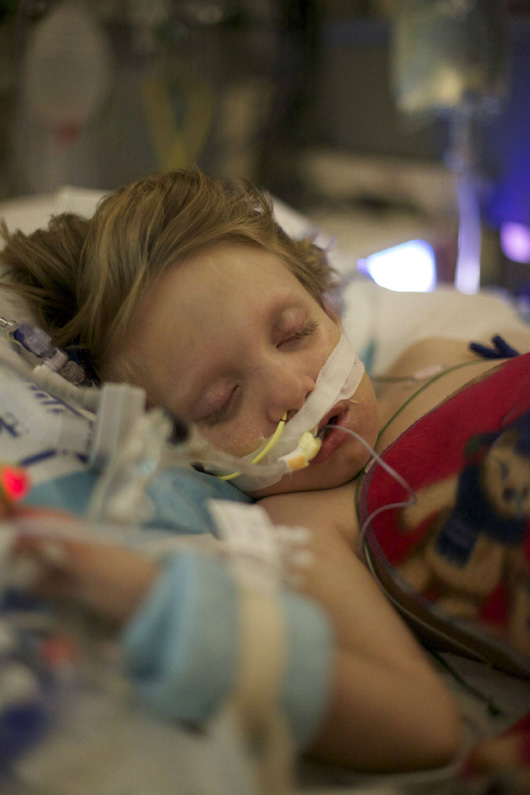 His dad was looking for a way to contact Bungie, the company that made most of the Halo games. He was hoping to just get maybe a t-shirt or a replica of something in tha game, but what happened was much cooler than that! 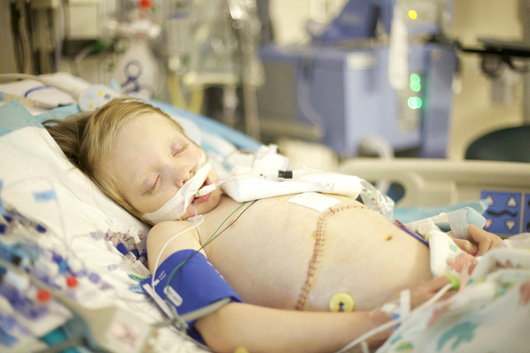 As a response to his online posting, Christine, an employee at Bungie Studios, showed up at Seattle Children's Hospital! She brought along with her some goodies for the recovering little boy - and most importantly - a reason for him to smile. 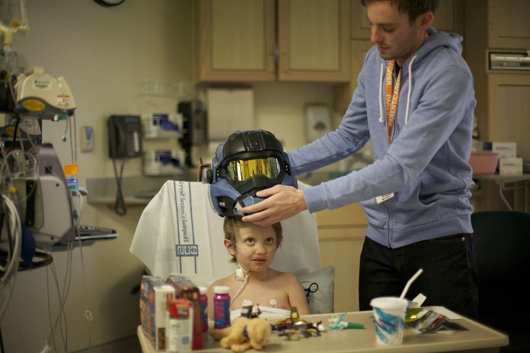 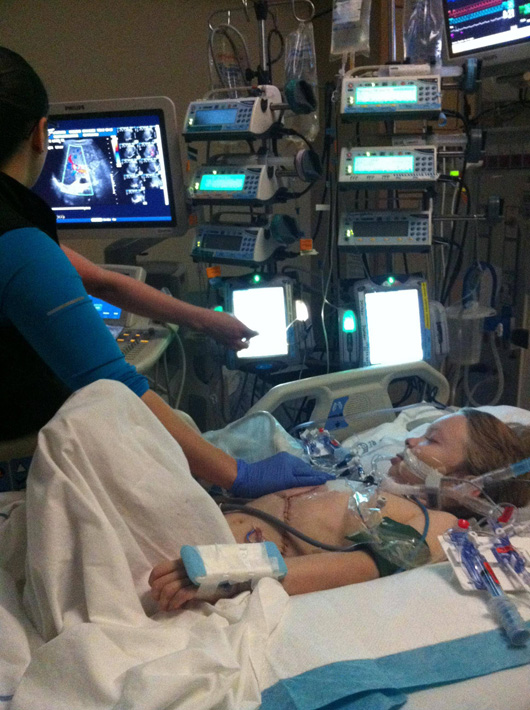 When the little boy saw the replica helment from Halo REACH, he began to get really excited! 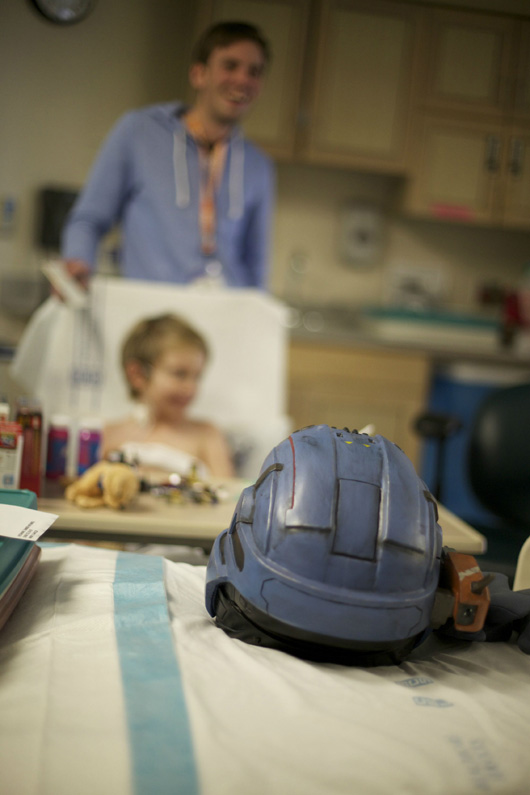 Not only did Christine bring along a few Halo goodies, but she also brought a card signed by the people at Bungie studios who were wishing him a speedy recovery. 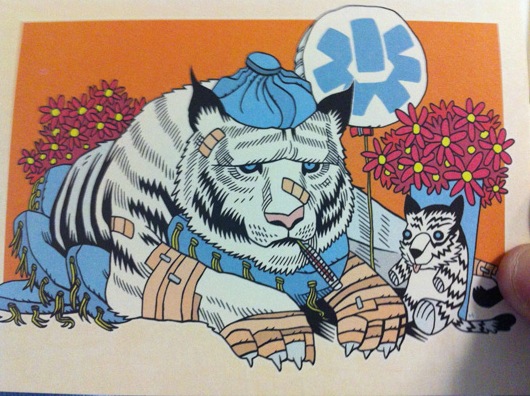 He couldn't wait to try on the replica helmet, something most kids would LOVE to have! 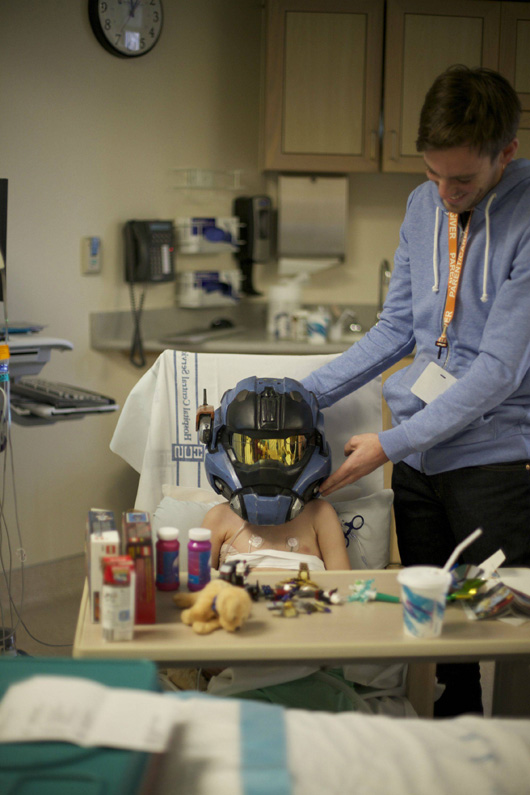 Christine from Bungie studios poses with Tanner, who is clearly in rapture over his new gifts. 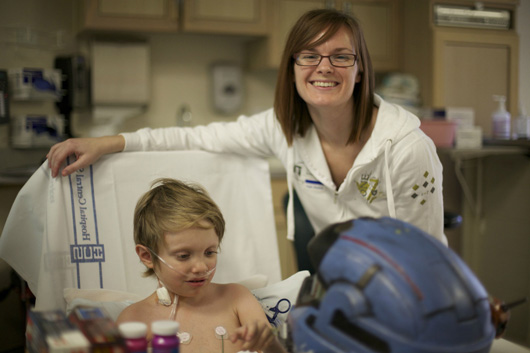 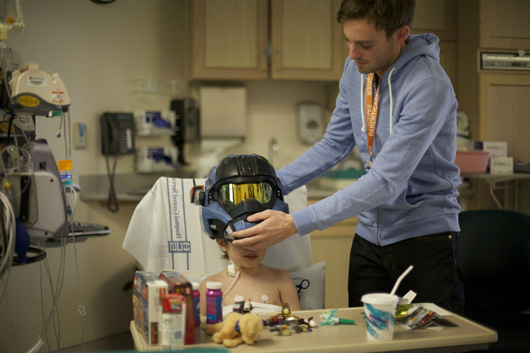 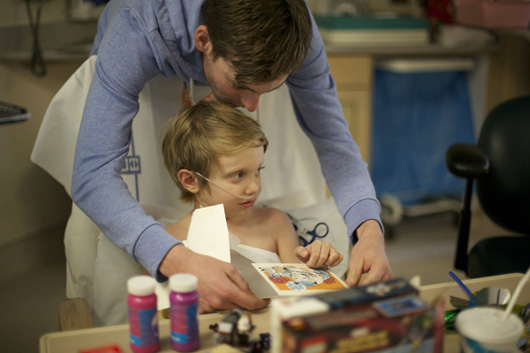 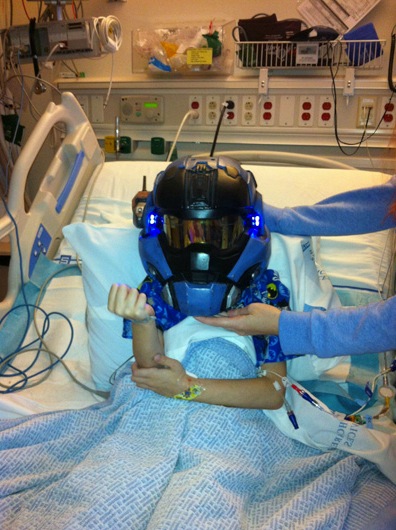 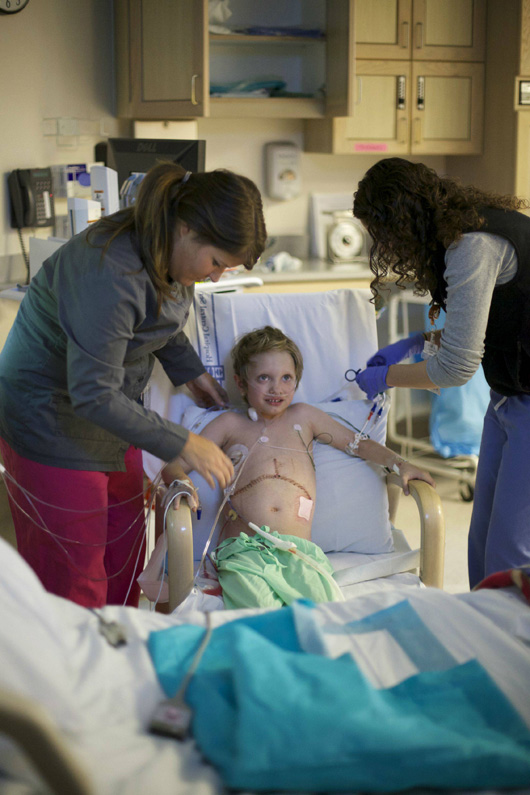 Even dad got in on the fun and tried on his son's cool new helmet. 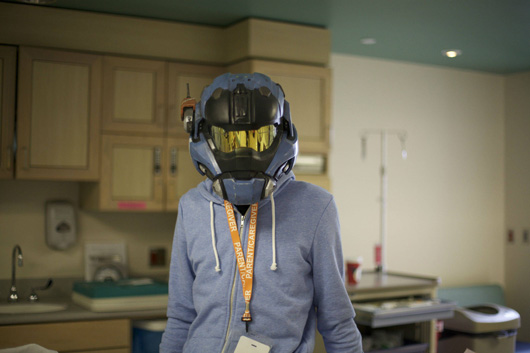 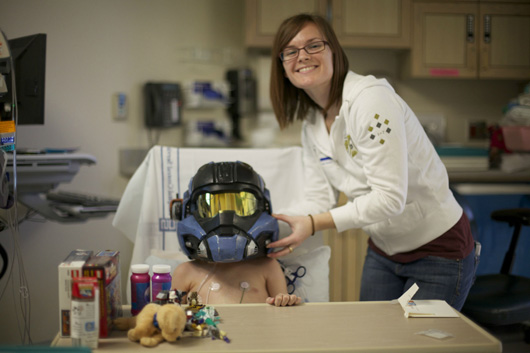 It was rough for this little guy when he was first recovering. His dad had to help him sit up and supported all of his weight. A liver transplant is a serious surgery, especially for a boy so young. 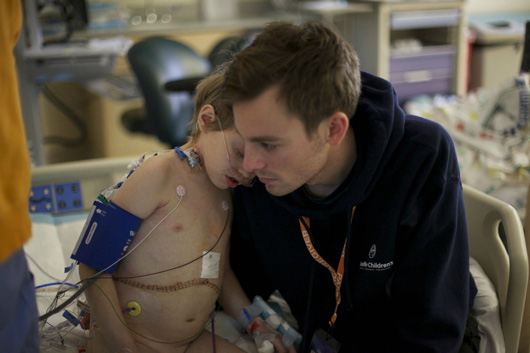 Even though he wasn't too thrilled with the recovery, he was still excited to put on his Halo t-shirt! 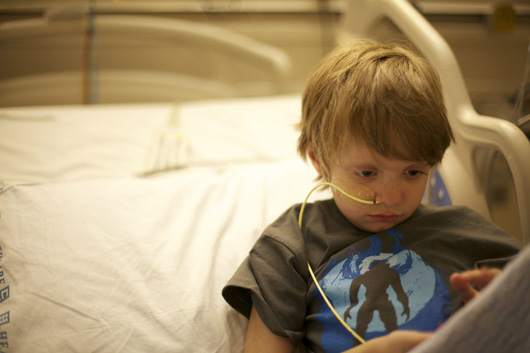 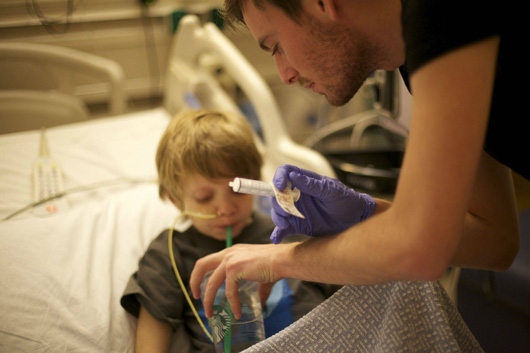 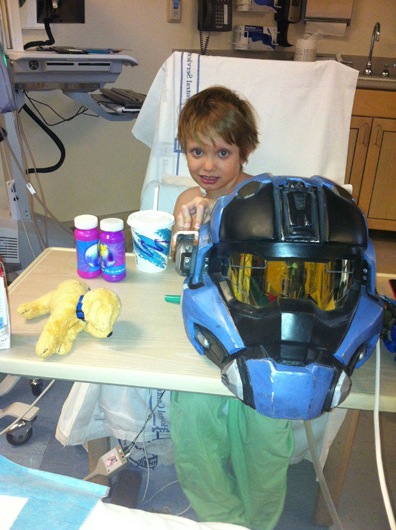 The kind words from the people at Bungie helped Tanner smile, not to mention would warm anyone's heart! 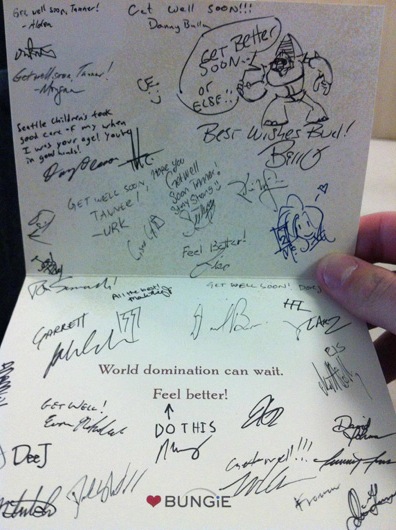 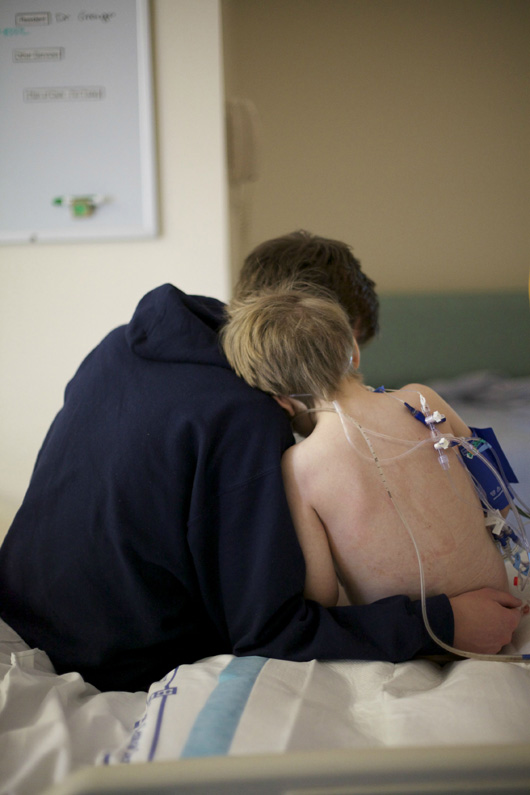 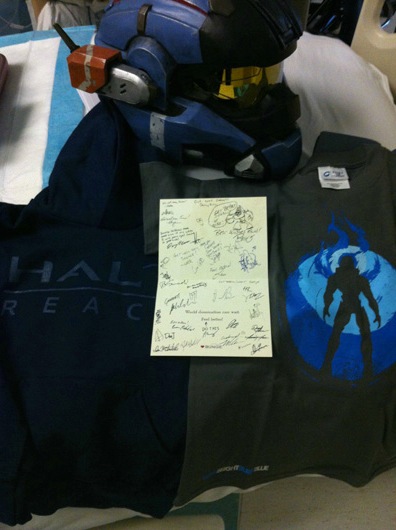 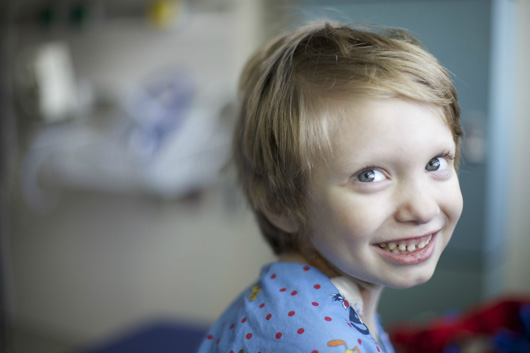 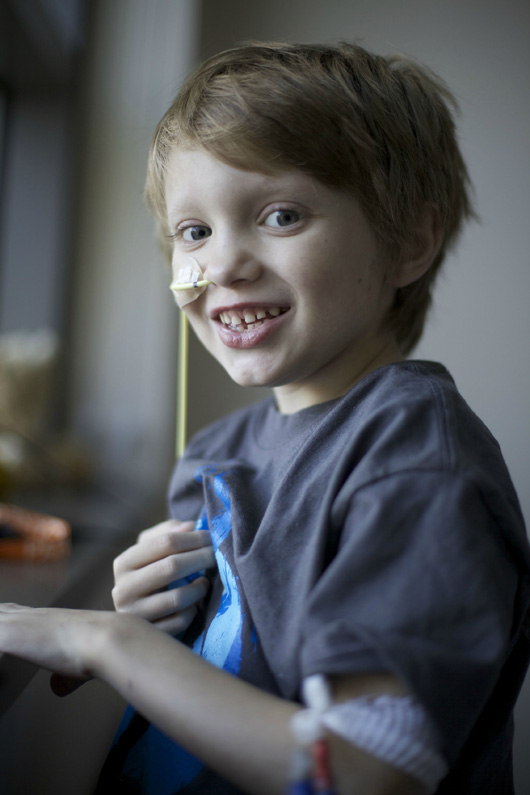 Tanner's smile and positive attitude is all thanks to Bungie, a company who cared enough to go out of their way to help a little boy in need. Also, his dad is absolutely wonderful for finding a way to help his son through such a tough process!

God Bless this family and may Tanner recover soon - keep him in your prayers!