She Was Told To Abort 2 Of Her Babies. But Then A MIRACLE Happened!

Liz Brewer and her husband were no strangers to troubled pregnancies. After having her first son, she later became pregnant with twins. But once the twins were born, God called one of them home only 16 days later. So when Liz became pregnant a third time and began experiencing pain, doctors wanted to be cautious. But this brave couple knew God was in control!

Doctors were worried Liz might have an ectopic pregnancy -- a situation where the embryo implants somewhere other than the uterus. This scenario is fatal for the baby and potentially life-threatening for mom. So, doctors brought Liz in for an ultrasound at 5 weeks. Liz and her husband were delighted to hear the pregnancy was viable, and they would actually be having twins! 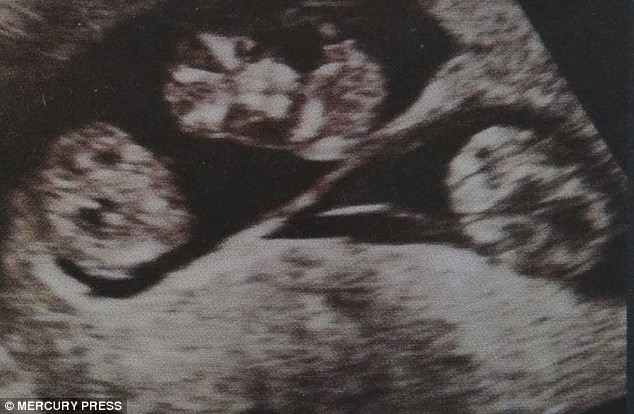 But at the next scan, just 2 weeks later, Liz and her husband got another surprise:

“I said to the lady doing the scan that I always had a feeling I would have triplets, but I knew it was fine as it was twins again. She turned round and said ‘it’s funny you should say that as I think there’s a third one so I need to go and get someone to check.’ She left my husband and I stunned in the room, but we couldn’t help smiling at what a miracle this was and how amazing it would be.”

Surprisingly, Liz was carrying a set of identical twins that had split from one egg, along with a separate baby girl from another egg! 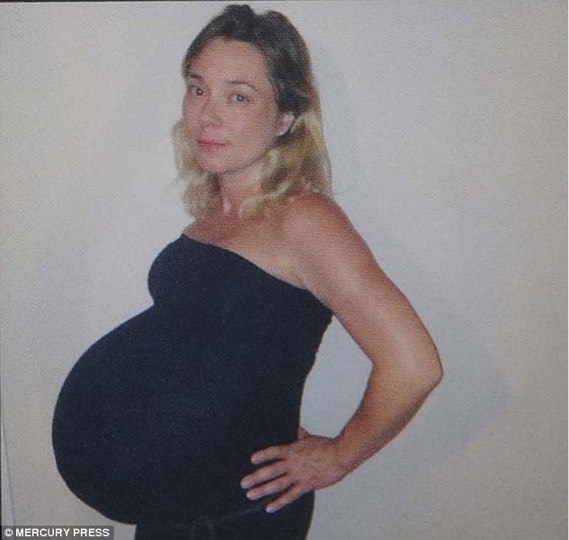 But despite the remarkable discovery, it was not smooth sailing from there. The couple, who had already experienced a miscarriage before, became anxious when Liz had bleeding at both 13 and 16 weeks. However, it turns out this bleeding was just part of God’s plan!

Doctors had warned that there was a high risk of the single baby girl having Down-Syndrome. A risky amino test was scheduled to try to find out, but wound up being canceled due to Liz’s bleeding. But Liz says that there was a good chance the test could have cost her all 3 of her babies. And so, the bleeding was just part of the miracle God was already working! 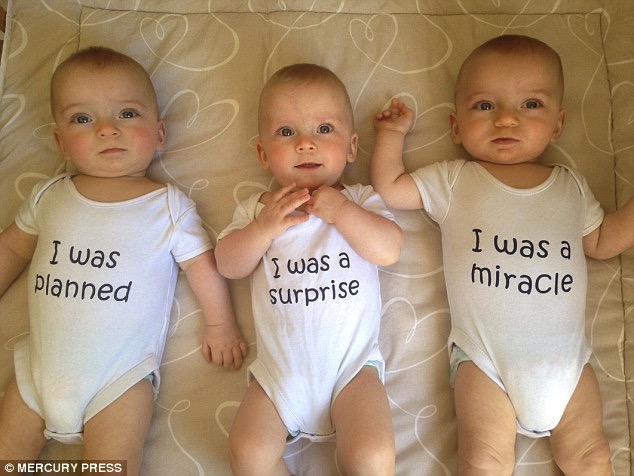 Of course, the doctors were looking at things from a scientific standpoint. And so, they suggested to Liz what they called a “selective reduction.” In other words, they recommended that she abort the twins and keep the Down-Syndrome baby. Having lost a twin before, Liz was left conflicted by this suggestion, saying,

“It suddenly makes you think about if you are putting your babies at risk. If I gave birth at 25 weeks again, would they all be able to survive?”

The doctors went on to question whether Liz and her husband really felt they could handle raising triplets. After all, they already had 2 kids at home. But Liz knew she and her family would love however many babies God gave her, and for however long He put them here on earth. 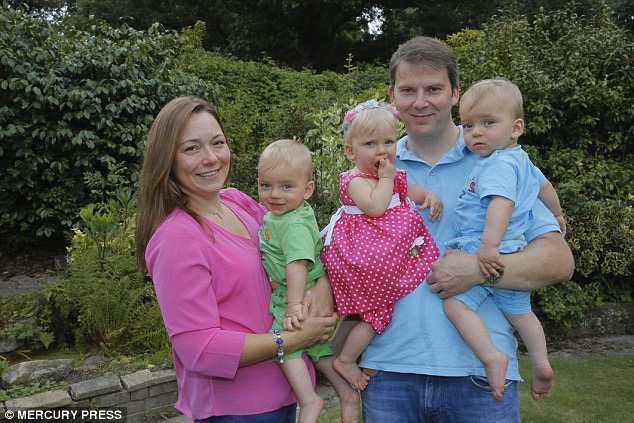 Liz and her husband, Timo, with the triplets: Oriana, Dallon and Deacon Credit: Mercury Press

And this faith allowed God to deliver his final miracle. All 3 babies -- 2 boys and 1 girl -- were born happy and healthy at 34 weeks!

“It has been an amazing ending to our pregnancies and has helped to heal us. We will never forget our first-born son but the triplets have enabled us to have a very different ending to our story and we know we would never have had them had we not lost our son.” 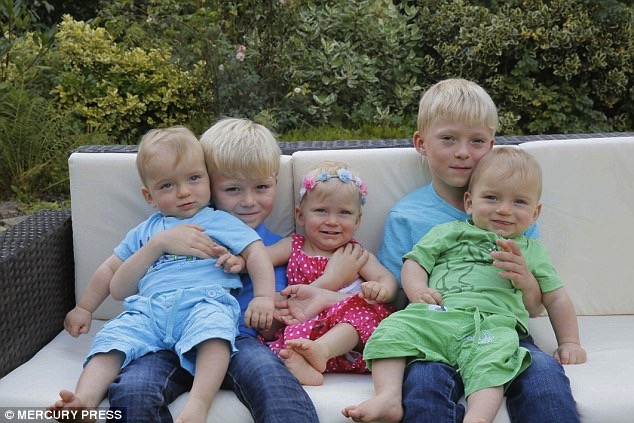 What an incredible story, and proof that God still does perform miracles. We just need to put our faith in Him, and go to Him in prayer. He knows our needs and what is best, and His will will always be done!

After what happened in the operation room, this nurse Quit on the spot!