With a name like the "pass-out game," common sense would suggest that there is danger involved. Unfortunately, it's exactly that element of danger that makes it so appealing to kids. And that's why one mom in South Carolina is warning other parents to keep an eye on their children's online activities, after she says her 11-year-old son died after participating in this challenge.

Internet challenges have become wildly successful with the younger generation. While some can be fairly innocent, like the saltine cracker challenge, others are just downright dangerous. The "pass-out game" (also called "hangman") is one such hazardous challenge where participants are dared to choke themselves to the point of passing out. And it's believed to be behind the death of 11-year-old Davorius Gray.

According to Davorius' mom, Latrice, her son showed no signs of depression or destructive behavior. Mark Pangel, the family’s pastor, agrees. He describes Davorius as one of the sweetest kids he's ever met.

"He was the one that would come up to you and hug you. He was always smiling,” Pastor Mark explains.

So, it was a terrifying shock for Latrice when she and Davorius' younger sister came home to find the boy unconscious with a scarf tied around his neck. They rushed him to the hospital, but tragically, he died the next day.

RELATED: A mom and her son are warning everyone of the duct tape challenge

After her son's death, Latrice discovered that he'd been playing games called "hangman" and the "pass-out game" online. An investigation into cause of death is still underway by police and the Coroner's Office, but Latrice believes wholeheartedly that her son was playing one of these games when he died.

It was a heartbreaking discovery, and that's why she's adamant about warning other parents about these games.

"If I could rewind time, I would go back and heavily monitor his use of social media, YouTube and the Internet,” Latrice said. “I would just say, I don’t believe young people should be on social media and it should be limited to adults, or at the very least, with extreme adult supervision -- where the parents can see everything that takes place on the sites -- should be a requirement.”

Pastor Mark has been by Latrice's side through this devastating ordeal, and Latrice is leaning on her faith to help get her through. She sees that God is using her heartache to do incredible things.

"This tragic loss of my son has opened up dialogue between students and teachers, students praying and our community coming together, understanding the only healing is through a relationship with Jesus Christ,” she shares.

You can listen to the warning Latrice has for kids in the video below:

Latrice is hopeful that her family's tragedy will inspire other parents to diligently check their children's online behavior and spare them the same grief. Pastor Mark has a similar warning for parents. He says,

"Invest in your children because if you don't, someone else is investing in them. And it's not who you want to invest in them. Not a video, not a game, not an Internet and not a peer."

Please keep Latrice and her family in your prayers as they go through this extremely difficult time. And be sure to share this story so others can watch out for challenges and games that may be putting a loved one's life at risk!

"Blessed be the God and Father of our Lord Jesus Christ, the Father of mercies and God of all comfort, who comforts us in all our affliction, so that we may be able to comfort those who are in any affliction, with the comfort with which we ourselves are comforted by God." 2 Corinthians 1:3-4

See how a store clerk came to the rescue just moments before this mom had a seizure! 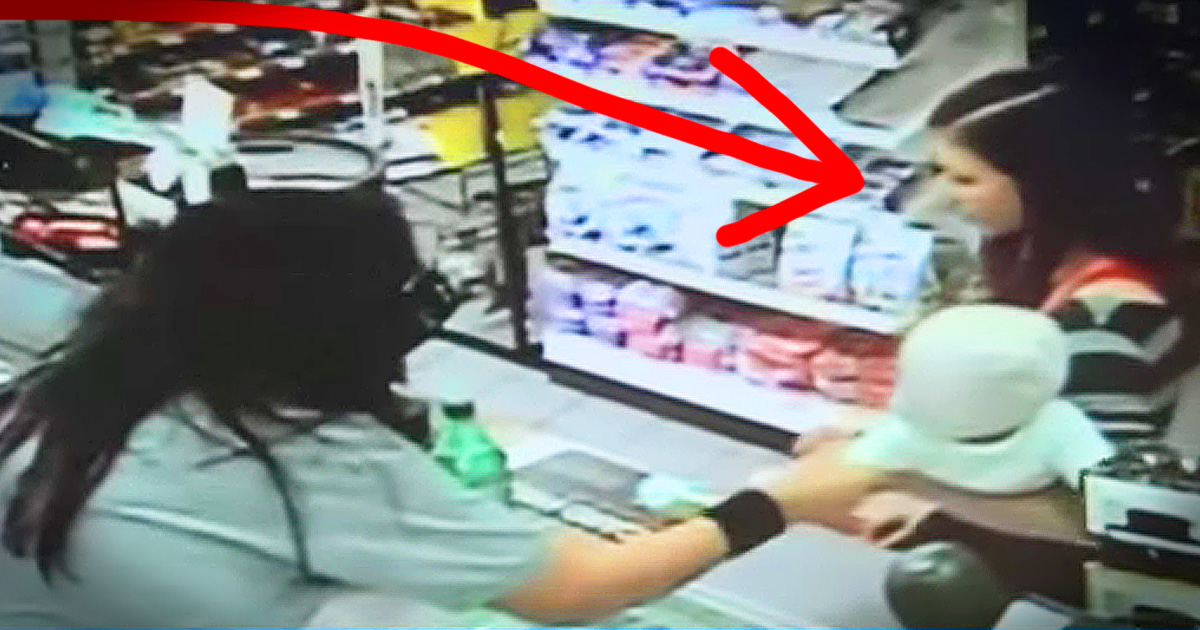