Recently, strangers on the internet came together to make a little boy in Los Angeles very happy! It's a random act of kindness that will put a smile on your face. The little boy named Max lost one of his favorite toys somewhere in his neighborhood. His parents didn't know where to look, so they thought all hope was lost. But then, a filmmaker named Jason Ho decided to take a walk along the Venice Canals in Los Angeles, right next to Max's neighborhood. Jason is not only a filmmaker, but a photographer as well in his free time.

"I prefer pictures to words and am on Instagram more than any other social media," he wrote on his personal blog.

So, during his walk, he came across a lone toy bunny laying on the sidewalk. Because he identifies so closely with objects that reminds him of his childhood, he Instagramed the picture of the rabbit. 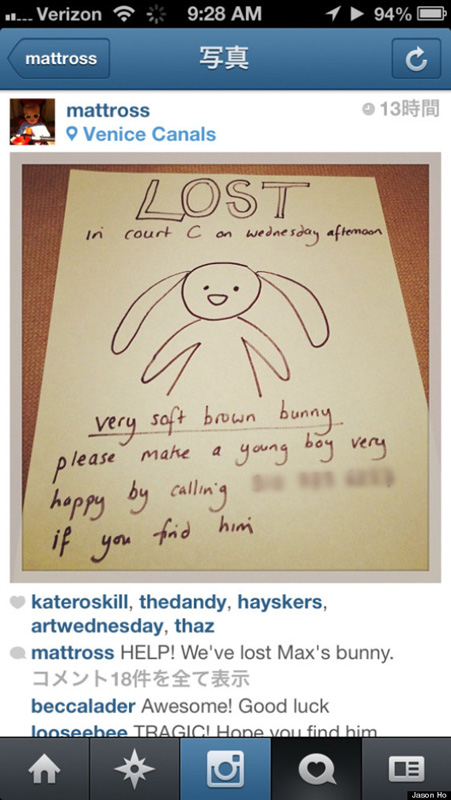 Hours later, Jason noticed that he'd been tagged in a post about a lost brown bunny by an unknown Instagram user. This started a chain of tagging and comments by strangers online that led back to Max and his lost little bunny. Jason was finally able to send the parents a map of where he found the bunny and the next day, Jason was once again tagged in a post... but this time, one where the boy was celebrating with his rediscovered rabbit! 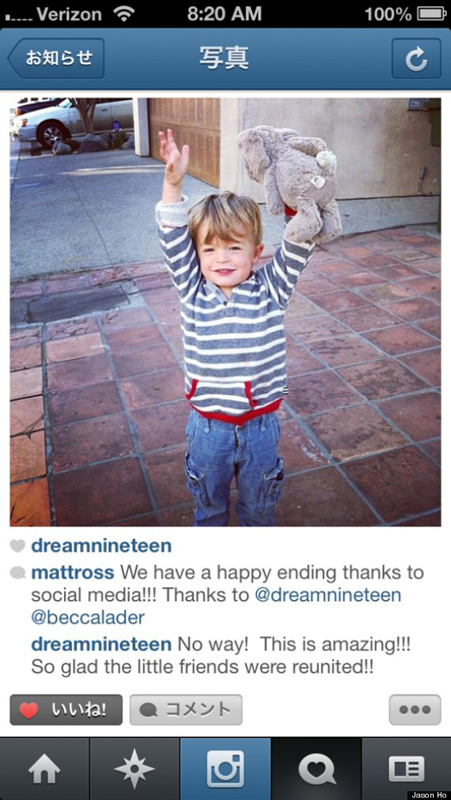 This example of random acts of kindness improving a life of a stranger restores our faith in humanity! As Christians, we need to try to show this sort of generosity and kindness as often as we can - God wants us to! :)