Stray Cat Becomes the Best Friend of a Blind Dog

Pwditat and Terfel are two animal best friends whose friendship will melt your heart to pieces! Terfel is an 8 year old dog that was diagnosed with cataracts. His vision was so poor that he couldn't leave his bed because he would bump into too many things. But thanks to Pwditat, he is now able to get around. 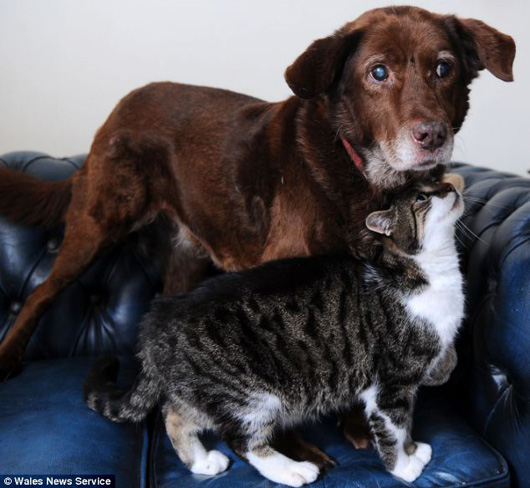 One day, Terfel's owner Judy Godfrey-Brown let a stray cat into her home. Instead of fighting with Terfel like a normal cat would, the Pwditat approached the blind dog kindly, knowing that he needed help. After bonding with the dog, the cat began leading Terfel around. Judy said that the stray guided Terfel out into the garden once and it was all history after that. 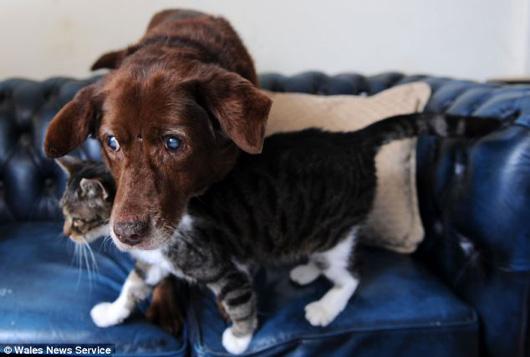 The blind dog is no longer confined to staying in his doggy bed. Pwditat helps him around the house and garden, giving him a better quality of life than he would have been able to have without the cat. 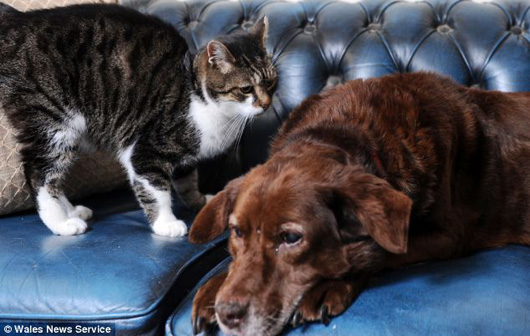 Judy said: "I've never seen anything like it - most cats and dogs hate each other.

"Pwditat immediately seemed to know that Terfel is blind through some sort of sixth sense that animals have.

"She uses her paws to help guide him around the house and in the garden.

"They are glued to each other and even sleep together now." 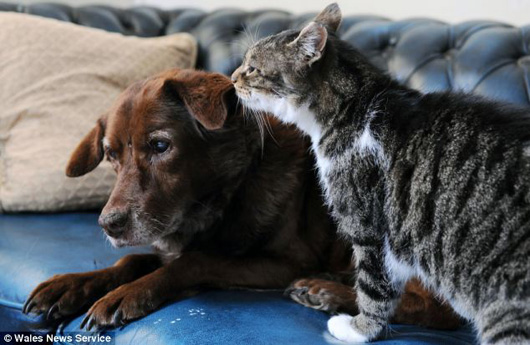 A friend like Pwditat is a true blessing, indeed! Take some time to be thankful for the friends in your life, because they help you more than you could possibly know!