The Rescue of a Blind Kitten That was Crying for Help

One fateful day, a man was vacationing in the south of Italy. He was walking through an area where there was some high grass when he heard a tiny kitten crying. Once the man, a Reddit.com user name Mantees, located he cat, he decided he needed to take care of it. Even if he was in the middle of a vacation.

The cat was in extremely poor shape. Just by looking at her, Mantees could tell that she needed medical attention. 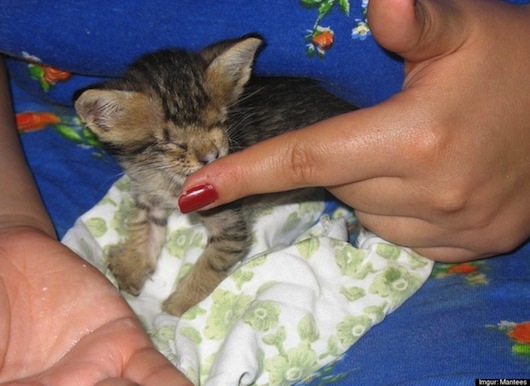 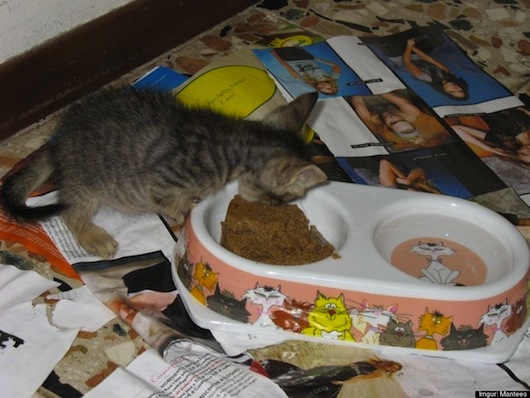 "Her legs were clearly not okay, the mouth was also asymmetrical and impossible to close, probably because of a trauma, but the worst news still had to come," Mantees said, describing the kitten he decided to name Skunky.

The day after the kitten was found, Mantees took her to the vet. That trip revealed that the pitifully small kitten's eyes were fused shut. She was still very young so her eyes might not have been open anyway, but there was a problem: she had a serious infection and both of her eyes were eaten away by it. 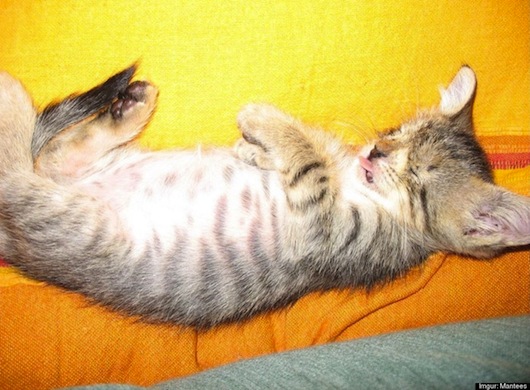 Even though it was a daunting task, the kind man deciding to care for Skunky and help her survive. Mantees treated Skunky's eyes infection, ear infection, intestine worms and fever. He also diligently kept her warm and fed her powdered milk every four hours. 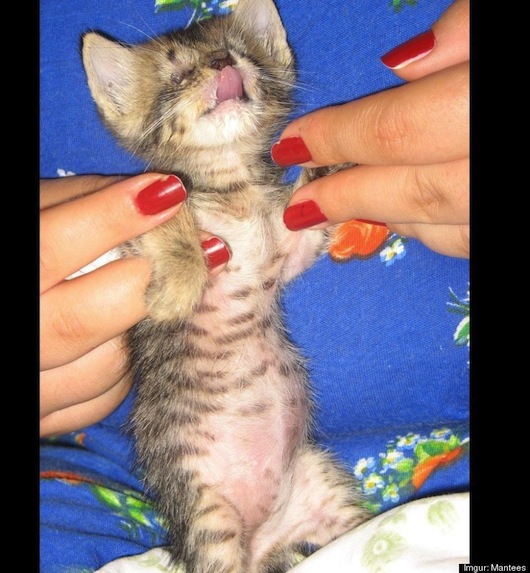 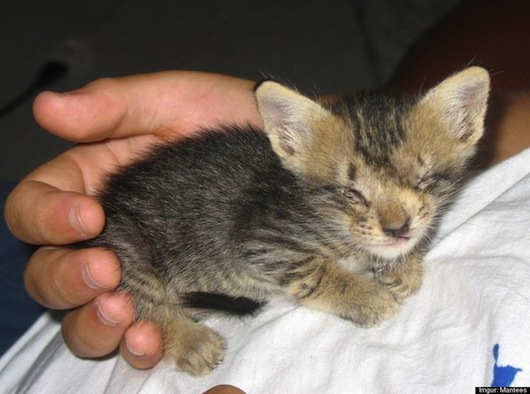 Not only did he help Skunky survive, but he did his best to teach her how to live without the use of her eyes. Mantees, while caring for Skunky, taught her to follow the sound of his voice and footsteps. 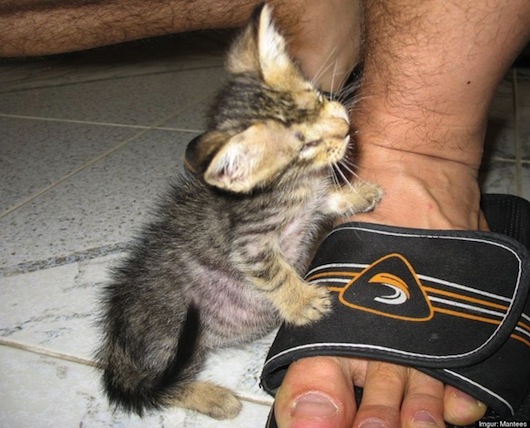 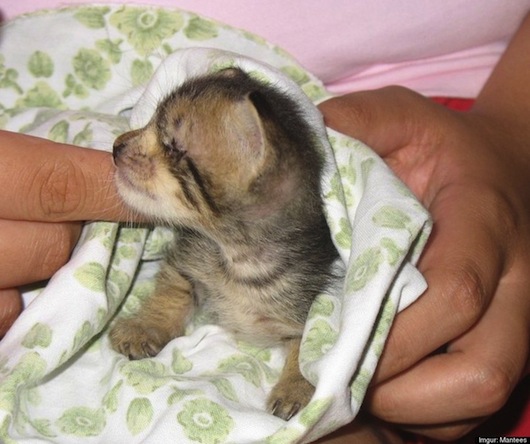 Fifteen days after finding Skunky, the man's vacation was over... but he refused to leave her behind. He arranged special travel plans so that Skunky could be transported back home with him. 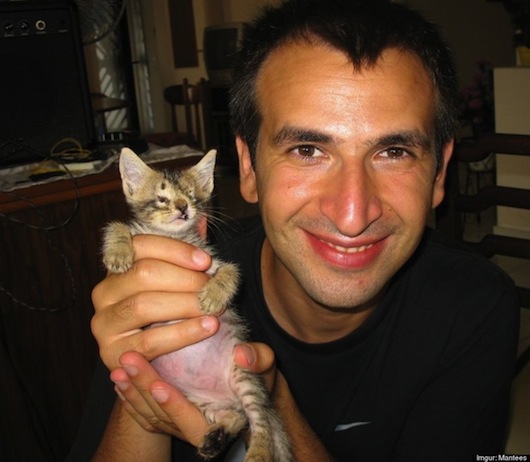 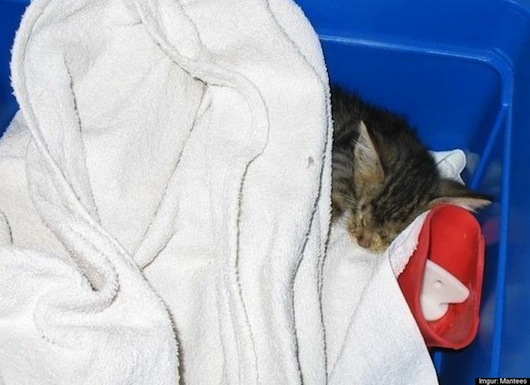 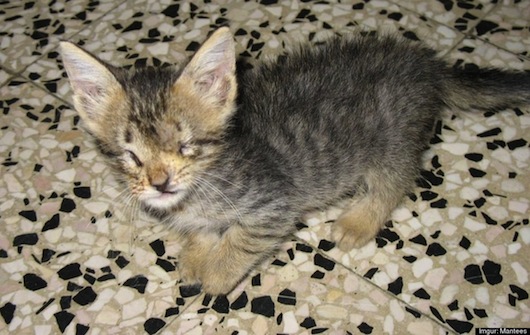 Finding Skunky was a miracle. Without the help of Mantees, she would certainly be dead. But now, years after the he found her, Mantees still lives with Skunky. She is still blind, but she is healthy. And his best friend!