They Lost Their 6-Year-Old Angel. But What He Left Behind For Them - TEARS!

A Special Gift Left For Their Time Of Sorrow

When little Leland, a 6-year-old boy with a smile so bright it would light up a room, suddenly became ill, it turned his whole family’s life upside down. The days became a flurry of doctor visits, tests and medications, as the medical professionals tried desperately to figure out what was wrong. It was agony for his parents, Amber and Tim Shoemake. But their greatest agony came when this sweet boy left this world. 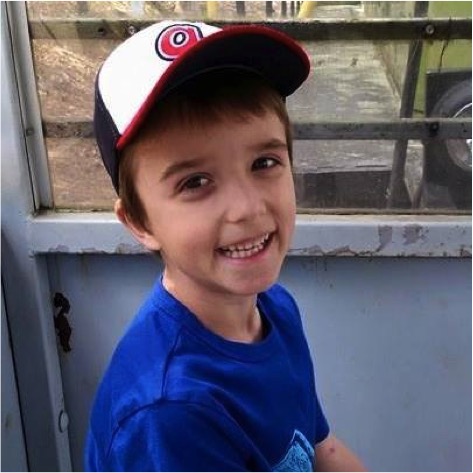 It was a very rare brain infection that cut his life so short. It was caused by an amoeba that the boy most likely picked up while doing what little boys do best -- playing in the dirt. 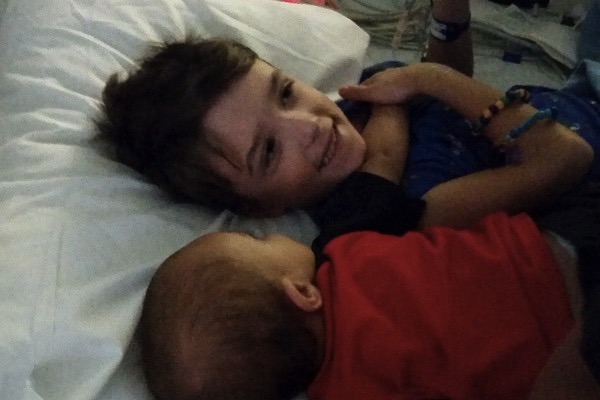 It was a very rare brain infection that cut his life so short. It was caused by an amoeba that the boy most likely picked up while doing what little boys do best -- playing in the dirt. It was his parent’s worst nightmare come true.

But though his life was short, God gave this little boy a huge heart. Somewhere along the lines he must have sensed how dire his condition had become, and that big heart of his kicked in. So, before leaving for the hospital, he left something special behind for his parents. 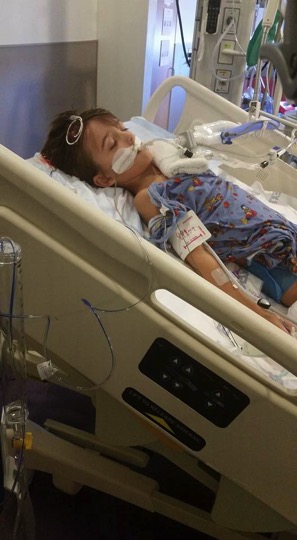 Leland’s final 2 weeks were spent in the hospital where doctors did all they could to try to make him better. His parents never left his side. So, it wasn’t until they finally returned home after his passing that they uncovered the special note he’d left for them on a table in the living room. 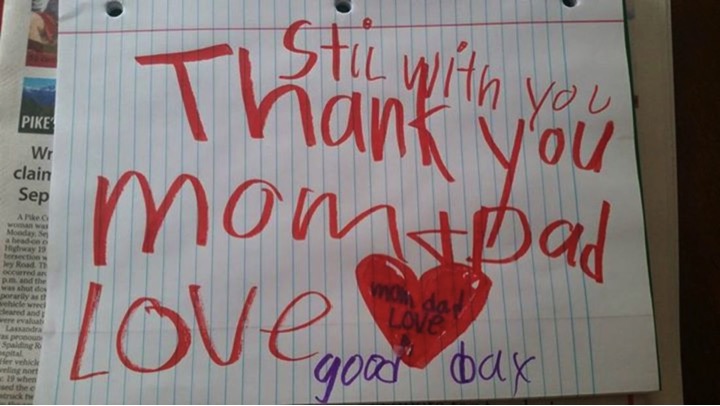 The note reads, “Stil (sic) with you. . .Thank you mom and dad. . .love mom and dad.” Many think that the last part reads “goodbye,” but his mom clarifies that it actually reads, “good day” as in, “it's a good day.” This little boy was literally fighting for his life, but his concern was not for himself, but rather for his family. His upbeat words of encouragement are more powerful than he could have imagined.

Leland’s mom shared his handwritten note on the Prayers For Leland Facebook page. Neither she nor her husband know when Leland wrote it, but as she says in her post, it shows just how special he was.

Please pray for this family as they grieve. May God’s Holy Spirit embrace them, bringing them the comfort and peace only He can during this incredibly difficult time.

“Blessed be the God and Father of our Lord Jesus Christ, the Father of mercies and God of all comfort, who comforts us in all our affliction, so that we may be able to comfort those who are in any affliction, with the comfort with which we ourselves are comforted by God.” 2 Corinthians 1:3-4