This Raccoon Rescue Will Restore Your Faith in Humanity

This is a heartwarming story of what happened to a man when he was just trying to take out his garbage. After throwing trash into a dumpster, he noticed a frightened family of raccoons just hanging out in the trash. 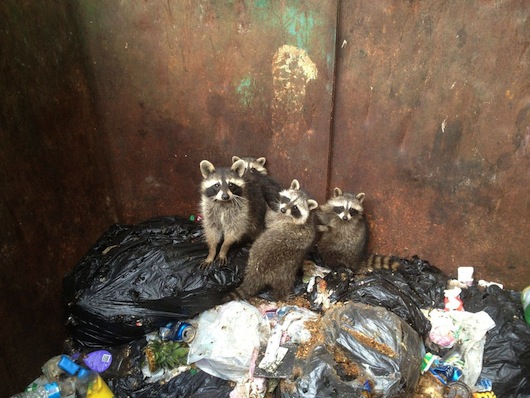 They were frightened! It appeared to be a mother and her children. They must have ended up in the dumpster during the night while looking for something to eat. 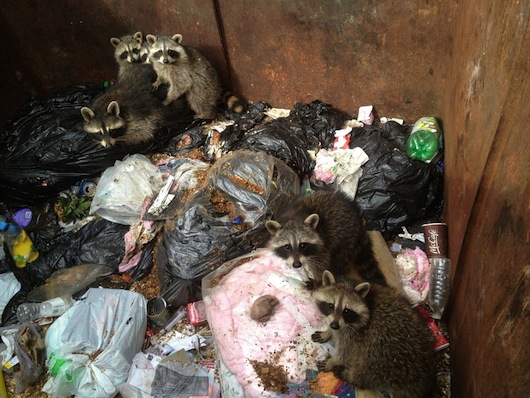 Unfortunately, it didn't look like the little raccoon family could make it out of the dumpster on their own. They were stuck! 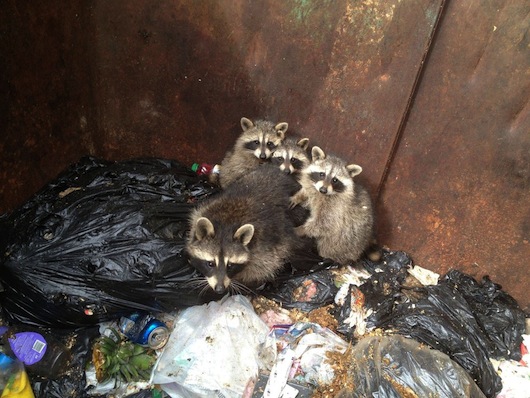 The kind stranger knew what he had to do - he had to help this family out of the trash and get them back where they belong! 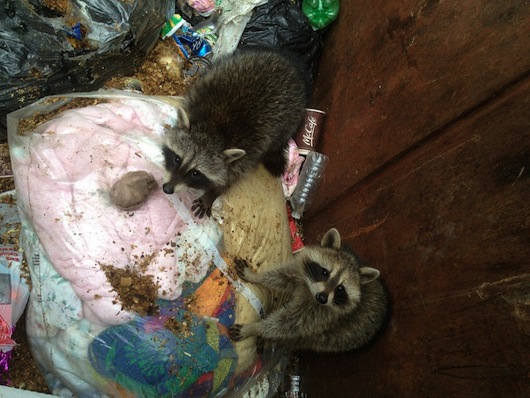 So, he grabbed a saw from the camping equipment he had with him and sawed a dead branch off of a nearby tree. As carefully as he could, he placed the branch into the dumpster. Hopefully, the little guys would use it as a natural ladder and climb out. 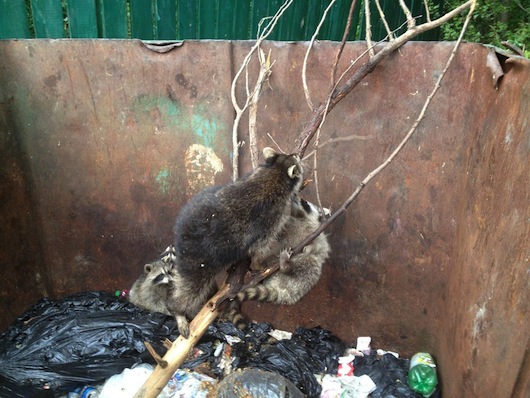 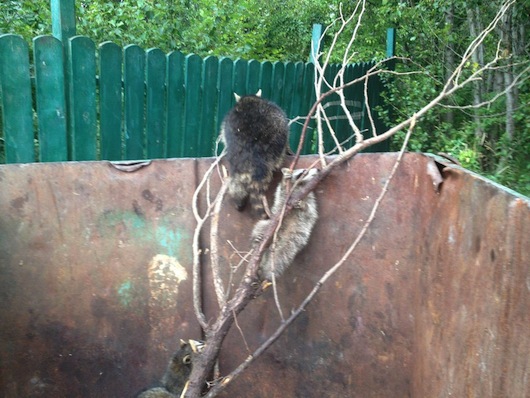 One by one, the raccoons scrambled out of the dumpster, climbing up the branch to freedom. 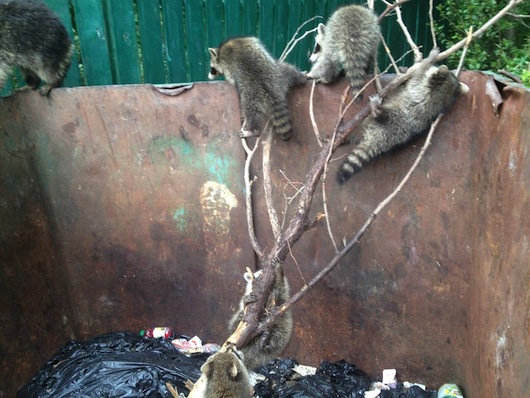 (Some of the babies had some issues staying upright, but the little ones still made it out!) 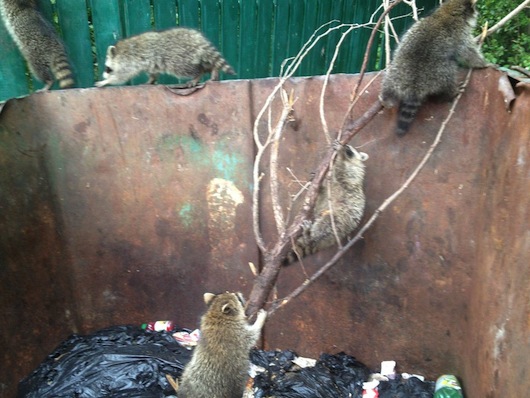 And thanks to the kind passer by, these raccoons made it safely out of the dumpster and scampered off to where they belonged - the woods! 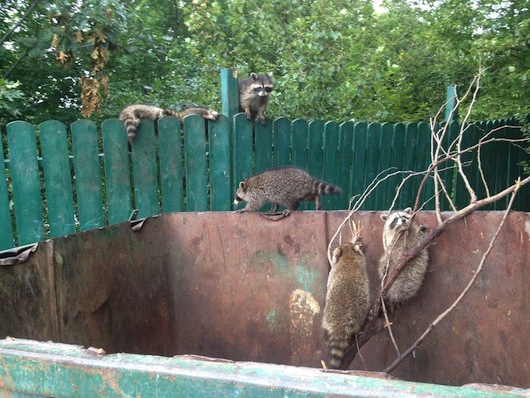